Who didn’t love the 90’s? Just look at all of the great things that happened in the 90’s. On TV, there was Seinfeld, The Fresh Prince of Bel Air, Beverly Hills 90210, Martin, The Simpsons, The Arsenio Show, Saved by the Bell, and of course, F.R.I.E.N.D.S. just to name a few. In the NBA, we witnessed one of the greatest of all time, Michael Jordan, capture 6 NBA titles, while being in awe of the dominant force Shaquille O’Neal and the killer crossover handled by Allen Iverson. And let’s not forget about the music. From Brittany Spears to Backstreet Boys, from Nirvana to The Notorious B.I.G, the 90’s was universally accepted as the best time period for creativity and financial success. However the 90’s, affectionately known as the Clinton Years, also had some changes that have affected our culture to this very day. Let’s explore 5 of those changes.

Who doesn’t have a Smartphone? A Facebook Account? Purchased something from Amazon/Ebay? Well maybe Mary Beth in Beaconsfield, Iowa (Shoutout to Beaconsfield) but that’s highly unlikely. In 2015, it’s uncommon to come across an individual that does not have access to the information superhighway that we commonly call The Internet (Shoutout to Al Gore). The Internet has changed our lives in so many ways. Long gone are the days of the Nino Brown shoebox sized cellphone. Nowadays, you’re able to Facetime (or Hangout), send emails, edit resumes, purchase furniture, stream music and videos all from your cellular device. And that’s just the tip of the iceberg (watch out Titanic). The Internet has now eliminated local thinking and commerce and has truly transformed us into a Global society. Kids nowadays probably won’t remember the agony of patiently waiting for a 4 min song to download on Napster (let alone a full length album or movie) or attempting to sign onto your AOL account just to have your attempts thwarted by your mother’s coworker calling the house phone to gossip about Jimmy and the secretary going to lunch together. Then we got fancy and DSL was introduced, followed by cable and now fiber optics. And of course, we hate being confined by a wire, so routers were invented so that we could be on the move with this new technology. This new technology has led to the success of companies such as Apple, Google and the aforementioned Facebook, Ebay and Amazon. However with any success, there are some consequences, and with the rise of Global communication came a term called Outsourcing. Does this make you mad on the phone

The idea of outsourcing actually started in the 70s and 80s as companies attempted to increase its flexibility and creativity by reducing the lack of agility resulting from a bloated management structure. Outsourcing was not formally identified as a business strategy until around 1989.  In the 1990s, as organizations began to focus more on cost-saving measures, they started to outsource those functions necessary to run a company but not related specifically to the core business. Managers contracted with emerging service companies to deliver accounting, human resources, data processing, internal mail distribution, security, plant maintenance and our favorite, Customer Service (you know when you call the 1-800 number and speak to “John” in India). Unfortunately, these high repetitions, low thought level positions, were vital to the employment of American citizens. With the emergence of immigration as well (Hispanic Americans passed African Americans in the 90s as the largest minority in America), more and more low to mid paying jobs were removed from traditional American households, which contributed to the financial crisis of the 2000’s.

Before office jobs were being outsourced, manufacturing jobs started leaving urban cities at a drastic pace, leaving its The War On Drugs…Such A Waste

residents looking for equal paying jobs. Unfortunately, most of the manufacturing jobs were serviced by workers who barely had a high school education. So workers were left with the option of relocating, furthering their education, working at McDonalds, or alternative methods of acquiring capital. Unfortunately, if you don’t have capital to being with, relocating is not a viable option. If you barely made it out of high school, higher education is a decent memory. Entry level at McDonalds barely accommodates a teenager’s lifestyle let alone an entire household, so most urbanites were faced with the only workable solution…illegal activities. Now, I’m not defending those actions as the only solution. Coming from an urban environment, it’s definitely a struggle and it’s not easy by any means, however you can make it out of pretty much any situation without having to resort to illegal measures. However for many displaced workers, specifically minority workers, this was the route they chose to take. However starting with Reagan and continuing with the 1st Bush and Clinton, the War on Drugs and later the 3 Strikes Law (the law which mandates an automatic life sentence on your 3rd felony) saw a disproportionate amount of minorities locked up for long prison sentences in comparison to those of white collared crimes. By the end of the 90s, American prisons housed nearly 1/4th of the world’s criminals…THE WORLD CRAIG….THE WORLD. So in other words, imprisonment (and of course violence in the urban communities) led to an increase in fatherless households, which directly affected our next topic, the rise in Split Households.

The Rise in Split Households, The Increase in Divorce Rate and The Decrease in Corporal Punishment

The United States Divorce Rate peaked in the 80’s and maintained the high amount through the 90’s. Once you couple that with the increase in prison population and what you have left is the rise in split households. What was once thought to be a cultural or minority issue had blossomed into a societal one. Now, it was acceptable and common to have split families when it used to be taboo in the 50’s and 60’s. The idea of celebrating two birthdays and two sets of holidays seem somewhat cool on paper, but the mental and emotional are scars rarely show. However, when they do show….watch out. In the 90’s, we started hearing more terms such as ADD and ADHD to describe children. Children were being placed on medication at younger and younger ages. “Behavioral Issues” became the catch phrase in school systems. I have an opinion, which may be unpopular, as to the rise of this. Without steady father figures in the households, our Nation started to turn to less physical means of consequences for unruly or inappropriate acts. Instead of whippings made popular by Southern parents and grandparents, we started to take a more liberal approach in the form of increased punishment and “timeouts”. Now, I can’t tell you how this “timeout” thing worked unless we’re talking during a sporting event because I was an active participant of corporal punishment. And now as a father, I’m still a vocal supporter of it. One of the factors that led to my own family separation was our views on child spankings. I believed in it, she for the most part didn’t. I believe you have to spank your child early to set the foundation for understanding who has the authority in the relationship and to build respect. Unfortunately she did not agree. Fast forward to 2015….and when my son is with me, let’s just say those “behavioral issues” that she comes across on a weekly basis doesn’t appear under my roof.

Rise in the GLBT Community

Lastly, in addition to the rise in split households, the 90’s also witnessed a rise in the GLBT awareness and acceptance. Now, I’m not going to dive deep into this conversation since it usually heads towards bible scriptures,

but as a member of a minority who had to fight for their own acceptance, I understand how difficult it is to live in a world that’s not accepting or ignorant to your culture. Whether you are an ally or not, the GLBT community has taken many steps to carve their place into society’s acceptance. From “Don’t ask, Don’t tell” of the 90’s to “Queer Eye for the Straight Guy”, it’s become evident to see the progress in which society has made in terms of the GLBT community.

Through it all (and yes I’m biased) the 90’s for me was a great time period for myself. I lost my virginity, graduated High School, enrolled into 2 great Universities (S/O to NSU and ODU) and pledged my beloved Phi Beta Sigma Fraternity, Inc. (S/O to the Vicious OI chapter). We had great music, great shows and great times. We had such a great time; the kids of 2015 wanna be 90’s babies so freakin bad! So…Whoomp, There It Is!

Related Topics:
Up Next

New on Netflix in December 2019 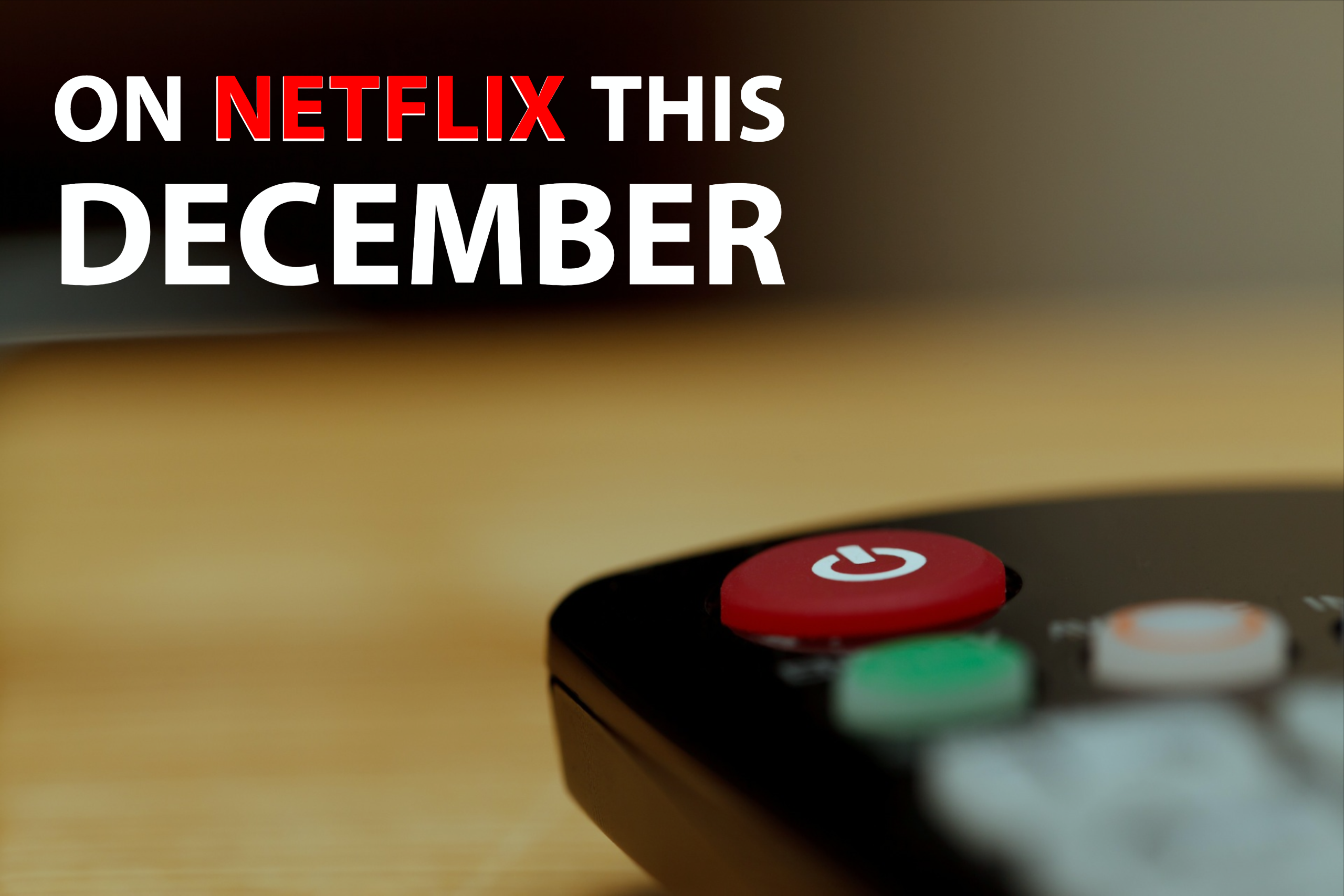 From Paris with Love

A Family Reunion Christmas *Netflix Family
It Comes at Night

The Sky Is Pink

Another month, another amazing month of Netflix content. Of major note is the increase in the cadence of original content. Check out our picks after the jump. 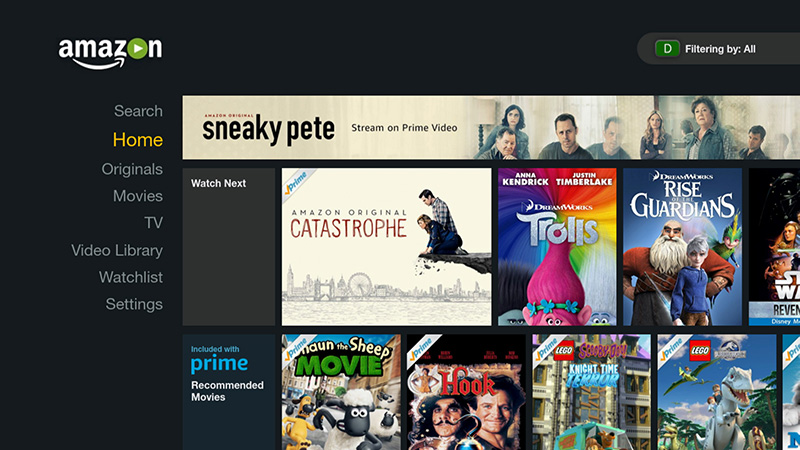 Amazon studios is bringing some good content to Amazon in May. The original content shines but what shines brightest is the entire Friday The 13th collection . Check out our picks after the jump.

Another month, another amazing month of Netflix content. Of major note is the increase in the cadence of original content. Check out our picks after the jump.

There is some good content on Hulu in May. There is minimal original content but instead some strong content from partner Complex. Check out our picks after the jump.