The BET Awards evoked a mixture of emotions. It brought laughter and joy from the hosts and various memes that were created as a result of the show (See #Diddy). It also brought moments of reflection from the social awareness and various tributes of iconic figures, both in music and entertainment. Overall, The BET Awards made good on its numerous advertising…IT GOT US.

The hosts, Anthony Anderson and Tracee Ellis Ross, from the hit TV show Black‘ish, kept the show entertained through humor and parodies. From Tracee entering into a battle rap with Kevin Hart, so Anthony dressed as Sam Smith and accepting the Best New Artist award on his behalf since he didn’t show up “because he’s white” and didn’t think he would win. The pair took their onscreen chemistry and transferred it seamlessly to the hosting stage.

Of course the majority of individuals who viewed the Awards wanted to see the performances, and for the most part, they didn’t disappoint. From Kendrick Lamar opening the night performing on top of a police car with the American Flag behind him to Fetty Wap closing out the night performing his hit single “Trap Queen” (yes, Fetty Wap was the show closer), the performers kept the crowd entertained. Alicia Keys surprised everyone by performing “Earned It” with The Weeknd. Nicki Minaj accompanied her fiancée Meek Mill to perform their new single “The Get Back”. Tori Kelly (The white girl that lit social media on fire with her powerful voice), Robin Thicke and Ne-Yo put on a wonderful tribute to the Iconic Smokey Robinson, who in turn left us with words of wisdom. To the entertainers that may have lost their way, Smokey advised “For those of you who are fortunate enough to get a taste and to get drunk on yourselves and to become self-absorbed is ridiculous… You should be thankful.” I couldn’t have said it better. And of course, the Janet Jackson tribute could not be pulled off without the brilliance of Ciara (damn she can dance).

But the performance of the night hands down goes to Puff Daddy and the Bad Boy Family. Diddy and crew put on for 20 years of Bad Boy. Diddy started it off with his opening bars from “Can’t Nobody Hold Me Down” which transitioned into “Feels So Good” in which Mase joined him on stage. Then 112 made their appearance with “Peaches and Cream” and even Faith showed up for “Love Like This”. French Montana represented the new Bad Boy with his remix verse of Bobby Shmurda’s “Hot” (which was a little awkward) but was quickly made up by what came next. When “It’s All About The Benjamins” beat dropped, you knew something special was in the making. After Diddy did his famous “Now what you wanna do” verse, he was joined on stage by former friends turned foes turned friends again Jadakiss and Sheek Louch of The LOX. Diddy got so hyped he turned into Super Mario going down the Turtle Tunnel be accidentally falling into a stage pit. But just like his company, Diddy bounced back without missing a beat. The stage pit was actually the entrance way for the person who stole the show, the original Queen Bee, Lil’ Kim. She rose from beneath the stage in her old “Hard Core” stance and won the audience with just a few words, “Wanna bumble with the bee, huh?”

Overall, the show was not without its missteps, shade and awkwardness. Between BET going overboard with pushing and promoting Rihanna’s “Better Have My Money” video (hasn’t this song been out for a while???), Busta Rhymes failed Instagram pic, Keyshia Cole stating several times that her next album will be released independently (ummmm, okay), and Nicki Minaj forgetting what award she was accepting for (She may be clinically psychotic but I’m not doctor), BET proved that we still have room for improvement before pulling off a flawless award show. But this year’s show proved that we have indeed learned from our past. Shout out to BET for their recognition of Tom Joyner, our recently passed entertainers, the recent tragedy in Charleston, South Carolina, and the recent Supreme Court ruling on Gay Marriages. We look forward to seeing what 2016 has in store for us.

Review And Then There Were The BET Awards. Cancel reply 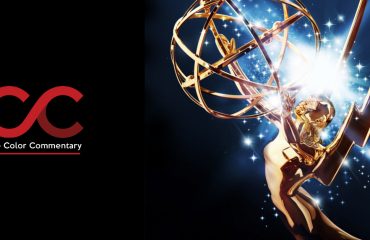