So it seems that Kanye and his thirst-bucket wife, Kim, are having trouble with settling on a baby name for the impending arrival of their prodigal son. AND the fact that this is coming out mean… well I guess this means they want us to talk about this, stress over this, and think on this (I wrote that with a serious face)

AS YOU SHOULD ALREADY KNOW, their child will be on Christmas Day (So there will NOW be, like, FOUR things to TOTALLY be thankful for this Christmas)

So what is a gift you can give to Kanye and his lovely wife, La Seau Soif (that’s French for Thirsty Bucket), for Christmas 2015

Help Kimye with a name…. A name that will signify how much this kid will change the world, your life, the universe… Truly, it’s the most important thing you will do in your life [Guaranteed]

The West have one rule…… no directions…. so no EAST, SOUTH By SOUTHWEST, NORTH EAST D.C, DUPONT N.W. …. just stop it right there. #blankstare

I saw Galileo on Celebitchy and ZAMMMMMMMN that was BRILLIANT

Noir
Enoch (just sounds old and of biblical proportions)
Navi (I feel like Kanye loved this movie)
RAW (I pray not but I would not be surprised)
Rawr (dominant animal soundz)
Moi (‘me’ in French)
Bourgeois (French for ….hmmm uppity)
Versailles
Pharaoh
Caesar (Kanye’s megalomania/control-freak sentiments)
Brill (short for brilliance)
Genius
Jehov (you guys, Kanye IS NOT above this)
Adonis (Kim & Kanye’s narcissism)
Leonidas
Lord God-body (I can’t believe this has been a name of mixtape of his)
Eaton
Azor (Game of Thrones…. I would love kanye FORREAL if chose this)
Prodi (short for prodigy that Kanye will hope to impress upon his seed)
London
Adno (tribute to his lovely, grounding mother Donda West)
Rome (the Wests conceive their 1st child there)
Savant (just seems strange but something Kanye-esque)
Hue (short for HUEman)

In my heart of hearts, I could see him picking one of these names. I mean, imagine, “i named Kanye’s child” …. PUT THAT ON YOUR RESUME!!!!

SIDENOTE: In writing this, I kept thinking of Azor Ahai of Game of Thrones literature, or better referred to as the ‘Prince that was Promised’. A savior like figure that can defeat the darkness and forces of evil…. Which let’s face it, the latter, would totally be what Kanye’ would think and refer to his son as.

Please everyone get in the Christmas spirit and list like… 2 to 3 names… this is gonna be soooo joyful. #pettyposts 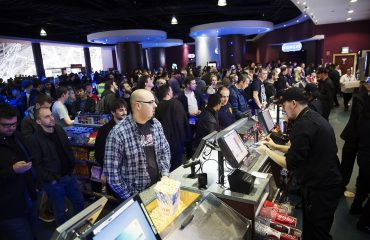