It seems as if we are in a renaissance for Black Film. Don’t get me wrong, we have always had quality black films that were available but they were usually very niche. To be a successful black film you had to be directed towards the church or an urban stereotype. Recently we have seen a different type of film arise. This is the low budget high quality mass appeal film. Let’s use Think Like A Man as an example. This film was created on a $12 Million budget. This is fairly low for this day and age yet the film grossed $91,547,205 only in the US. It even knocked the then current box office juggernaut, The Hunger Games, out of #1. This isn’t any kind of record but one has to look at the style of movie. Among the higher earners are Norbit, Little Man and Big Mama’s House. Also included are quality biography (or semi-biography) films such as Dreamgirls & Ray. A third category is your blockbuster film and this category is owned in black film by the Bad Boys franchise. One may include some other movies that are more integrated like Hitch or Rush Hour. But they don’t necessarily follow along with our thoughts.

What is it about these new films that make them stand out. One has to first look at the budget. Nutty Professor 2 may have grossed more than $123 Million dollars but it also had an estimated budget of over $65 Million. Compare that $65 Million budget with TLAM’s $12 Million budget. That is a remarkable difference. Why is there such a huge difference in the amounts? The new films are not focused on bankable stars. Sure the movie features faces and names you know but their asking price isn’t too high. Since the film many of them have gone on to other things, but they are all back for part two.

Kevin Hart has become a force of nature since this film. One would equate him to a modern day Eddie Murphy (before the fat suits). Whether it is his stand up tour or TV series, Hart can do no wrong. In film he struck pay dirt again with another low budget film with a primary African American cast. His latest film Ride Along has grossed over $106 Million on a $25 Million budget. He partnered up with another box office darling, Ice Cube, whose production company took the lead on the film.

We will soon see if three times the charm as Valentine’s weekend, Hart will be opening a new film About Last Night with two of his TLAM costars Regina Hall and Michael Ely. With a $13 Million budget this film is following the model of TLAM. This love story is set to open Valentine’s day which is sure to spell an opening weekend success. This film is actually a remake of a 1986 film of the same name that starred Rob Lowe, Demi Moore, James Belushi, Elizabeth Perkins. The original only grossed $39 Million. I’m going out on a limb that this will surpass that amount on opening weekend. The film currently has a 86% on Rotten Tomatoes so it may have the ability to stay around for quite some time. My wife has requested seeing the film so I will definitely write a review next week so stay tuned.

With this string of successful films I think Black Cinema will not be slowing down anytime soon. What’s your favorite Black film? 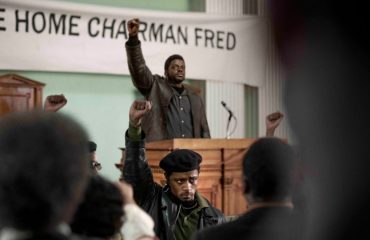