How often do we get real science fiction on TV.  I decided to watch Ascension on a whim based on the annoying Netflix recommendation.  Let’s just say I was pleasantly surprised.  I truly had a Netflix experience and watched the entire miniseries in 2 sittings.  Granted it was only 6 episodes but these were days I also worked 8 hours these

The series on its core is a dramatic interpretation of Project Orion, a real space program developed under the Kennedy administration.  The premise is that a group of elite specimen are placed on a spaceship and sent to Alpha Centauri, the next closest solar system with a star similar to ours.   This series examines what happens 51 years into a 100 year mission when the first murder aboard the vessel takes place.  To avoid spoiling the first major twist of the series, let’s just say everything isn’t as it seems.

Most familiar and well known of the cast is SyFy veteran, Tricia Helfer of Battlestar Galactica fame.  She plays a role revolving around sex and power.  The dynamic developed is where she is in more control than most would realize.  There are other standouts who are familiar to the small screen such as Brian Van Holt, Gil Bellows and Brandon Bell.  Bell does an amazing job as the number 2 on the ship who worked his way up from lower class.

With all that being said Ascension is a good watch.  The drama line of the series would keep even the non-science fiction fan entertained.  Part cop procedural, part soap opera and all wrapped into a science fiction mini series.  It is a sad reality that the mini series was not picked up for a full run. 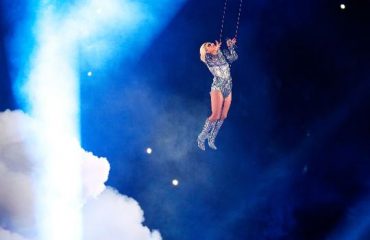 Lady Gaga Pulled Off One of the Best Halftime Shows Ever