Sooooo I recently (this past Wednesday) went to see the art-house movie, as it’s been forcefully gift-wrapped as, ‘By The Sea’. It was a one-woman show as far as development (Angelina wrote, starred, and directed it)

[O by the way…. this is NOT a movie review piece…. sorry fam #kanyeshrug More like a memorial of 2 great movie stars in my mind that I am trying to come to terms with are aging and not in looks more so in dynamics on-screen … at least for me. Angelina/Brad Pitt fans in 2015 get ready for the #kanyeshrugsofSADNESS]

I’m just going to say I’m over the Brangelina thing. And this is heartbreaking, as I was an original Brangeloonie drooling at these two together back in 2005 (YES 10 DAMN YEARS)

I remember the Angie from Gone in 60 Seconds, Changeling, Girl Interrupted, Alexander (her role here allowed me to get on board with her as the only white woman I feel could really play Egyptian Queen, Cleopatra), Tomb Raider (OMG she’s stunning), Taking Lives, Original Sin (hot sex on a stick), and even Salt… She was just such a force and stunning and seemed to be doing her best to be a DYNAMO of an actor, building a repertoire of iconic films that I devoured with earnest. Even in typing this I feel weird not calling her an actor instead of actress as Angelina transcends gender titles such as those…. At her best she is simply a (capitalization justified) Brilliant Actor. IN. EVERY. WAY. (don’t fight me on this)

So when I saw By the Sea, I went off the strength of her and Brad Pitt being tremendous actors, but more or less, was
really interested in where her acting chops had evolved in this new climate (the second decade of the millennium. – social media galore, streaming services, etc.) and maybe hoping for a little Mr. & Mrs. Smith action in regards to chemistry and movie magic. But what I got was a frail, lily-White, pill-popping depressive, own-worst-enemy type, (entitled much?) house wife. Not to mention Brad, who just had a FULL HEAP of dead-eyes so I couldn’t pull any real emotion from him and thus didn’t buy his acting in this movie… and honestly just seeing Angelina’s bones and veins and frailness in every shot was just too much to deal… I literally felt like I was watching the death of one of my favorite movie stars… this is probably because I couldn’t evolve with her as an actress particularly in this movie…and her appearance has been shocking to say the least (she hasn’t looked healthy since after Mr. & Mrs. Smith)

So I’m an unofficial movie-buff/industry-insider follower and love learning about the different techniques and mediums in displaying art/creative pieces in entertainment (i.e. Movies v.s Plays, Art-house shows, Performance-art). This note will provide background in which to segway into my issues with By The Sea…

The plotline was kinda shallow in the final reveal and this feature film medium, I felt…. how to say this adequately…. this piece would have been great as a play… with a little more dialogue and a little less mood… it would have been great as a low-key play that blew up to be an art house, Broadway eventually, smash. It could have been that. But it’s (like soooo obvi) that Angelina and Brad got caught up on the feel and the look of the period-setting backdrop thus missing the real key to the plot (the emotions and dynamic of pushing through faint but alarming marital discord). You can read the reviews…. there was a lot of eye-lashes, mascara, veins, cries and sighs, voyeurism, o and glasses of gin being drank like water (jeezzzz). Sadly and unfortunately, not much else.

But with better writing and more dialogue…. It would have been a smash as a play I’m telling you or even a novel (spoiler alert)

In being a Angelina fan since the early 2000’s I analyzed the problem with my fav movie star:

So Angelina is a Gemini and creative-type which = I think I can do it all myself (I currently suffer from these things – start a freelance writing company/business… creates own logo, business cards, site, images, a new universe, planets…. at times its like a WTF lol —- woman have you heard the word OUTSOURCE service???)

So should she have hired/outsourced a writer yes…. that’s a huge issue with By The Sea…. but if she wanted to use this vehicle as a writer’s badge she could have hired the director that did The Talented Mr. Ripley (mood, showcasing time period reference, writing, acting, and cinematography = awesome) or Tom Ford, who directed the art-house, critically acclaimed film Single Man (which is what I think she/he was going for in mood, simplicity, and time-period feeling)

I would suggest Angie, it’s time to FALL BACK ALL THE WAY TO HADES and reevaluate your Hollywood presence in this current climate…

Another box-office bomb and at her level (critical bomb even more so) could shade her development/evolution to be more than an just a Brilliant Actor. Honestly, I thought I was gonna see the style of acting she displayed for Changeling (which went for a lot of feels but Ang brought it and then some)

Petty Sidenote (but aligned in subject matter kinda #kanyeshrug): Jen Aniston is acting foraying into serious acting work… or atleast attempting to and her movie, Cake (financial bomb I heard) was rather critically well-received (than initially thought) and appreciated more than her endless silly dumb romantic nothing movies. Jen is sort of coming out (image-wise) looking kind of how Brangelina did for years regarding the personal life thing (I know I’m pulling here but walk with me on this)… like whatev her and her actor/writer husband Justin Theroux the got going on, it’s discreet looking and lowkey … Just how I like movie stars/actors perceptions to be.

AND NOW for my plea….BRAD AND ANG get back to this….. I loved when i had to search the dark web (lol) to find anything about their dynamic, relationship, projects in dev, and other random stan ish —– STILL be wrong bec Ang and Brad had the image and info on lock unless they confirmed via their own mouths…. So stop trying to sell this napalm of a film with talking about your relationship and new marriage, every .67 seconds. Desperation was never you guys’ strong suit. Overexposed Much? DEFINITELY.

As I wrote this, this is how I felt on the inside #ALLTHEFEELS

Learning a ton from these neat artclies.

Review When Your Movie Stars Let You Down. Cancel reply 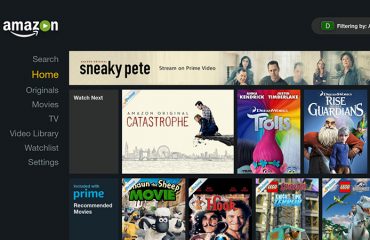